Doskow began photographing the remaining art, architecture, and landscape of World’s Fairs after traveling to Spain, the idea sparked by the surreal, half-abandoned postmodern remains of the 1992 World Expo in Seville. She then began researching for what would become this massive, now decade long and growing project, quickly discovering the rich, dense subject matter that crossed lines of not only architecture, but also culture, design, preservation, and nationalism. Doskow takes a meditative approach to capturing the sites, using a large format camera and painstakingly perfecting the images in post-production, sometimes spending up to a year to complete a print. Often Doskow will return to a site repeatedly with years in between shoots, revealing the changes, both subtle and sudden, which occur on a specific urban site over time.

These once iconic global attractions have left in their wake some of the most daring and unusual structures on the planet-the Seattle Space Needle, Paris’s Eiffel Tower, Brussels’ Atomium, New York’s Unisphere - but often there was little planning for how these initially temporary spectacles would last into the future. The architecture—Space-age, Belle Époque, Victorian, Classical, Neo-classical, Art deco, Brutalist—might seem cutting-edge or sometimes outdated, but it is always outrageous. In Doskow’s photographs, we experience how these provocative and grandiose sites exist now, whether tourist attraction, repurposed for less noble aspirations, or neglected and forgotten. Some turned into museums, restaurants, monuments, and parks, while many others are simply left to crumble or rust.

Based in New York, Doskow holds a BA from New York University and an MFA in Photography from the School of Visual Arts. She is on the photography faculty of the School of Visual Arts and International Center of Photography. She has been published in U.K. Independent, Smithsonian, Slate, UNCUBE Berlin, FeatureShoot, Business Insider, The Atlantic, American Photo, Design Arts Daily, New York Observer, NPR Picture Show, ArchDaily, and Wired, among others. Recent exhibitions include at Cornell University’s John Hartell Gallery, Foundazione FORMA Meravigli, Milan, as well as recent shows in New York City and Seattle. Her monograph of the Lost Utopias project was released by Black Dog London in November 2016, and was listed by American Photo as one of the top photo books of 2016. 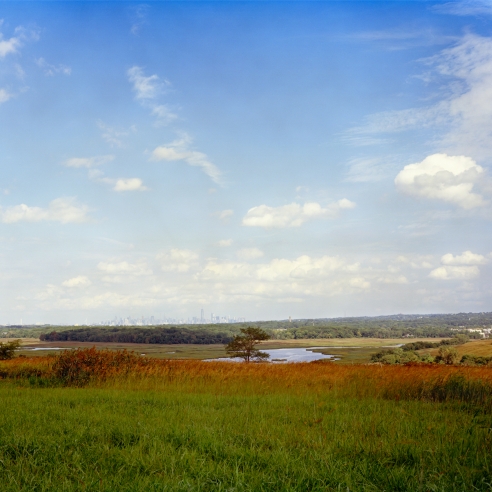