Tracey Morgan Gallery is pleased to present Staring, a series of black and white portraits of bohemian youths by photographer Rob Amberg. This is Amberg’s first one-person exhibition with the gallery.

For several years, Amberg has been photographing friends and acquaintances whom his daughter met while working on farms from Maine to California.  These nomadic young people spend a great deal of time each year on the road, staying with friends, working to save money for their next trip. Their seeming impermanence appears in direct contrast to the fixed nature of the images themselves.

Eschewing his usual 35mm camera, Amberg chose the “deliberateness” of medium format for this series. “The need to move slowly in its use, was somewhat foreign to me, a photographer traditionally more interested in blinking as opposed to staring,” he said. Amberg also found the challenge of fitting an image into a square was something that intrigued him. Formally composed, full, three quarter length and group portraits are juxtaposed with fragments of a sitter such as a tattooed leg, foot or clavicle.

Amberg lives and works in Marshall, NC. He is a Guggenheim Fellow and NEA Grant recipient. His work is in the collection of the North Carolina Museum of Art, Raleigh, Museum of Fine Arts, Houston, TX and The Ogden Museum of Art, LA, among others. Amber has several publications including Sodom Laurel Album (2002)  and The New Road (2009). 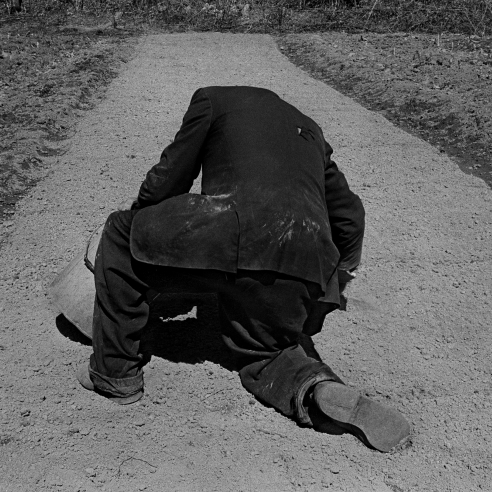 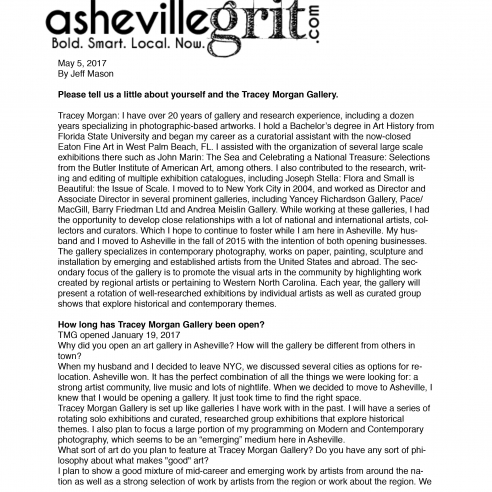 General Gallery Press. Interview about the gallery and current exhibitions.