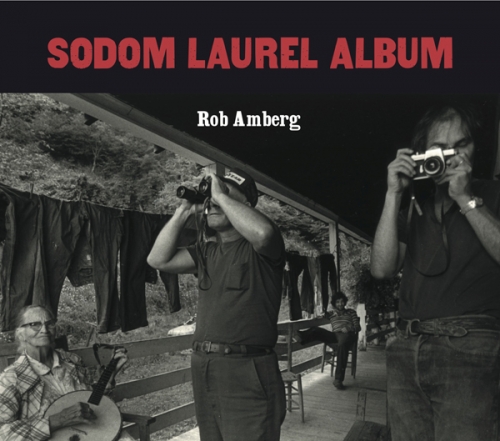 When photographer Rob Amberg first met Dellie Norton and her adopted son, Junior, in 1975, Norton was seventy-six years old and had lived most of her life in the small mountain community of Sodom Laurel, North Carolina, surrounded by close kin, tobacco fields, and the rugged wilderness of the southern Appalachians. Sodom Laurel Album traces the growing relationship between Norton and Amberg across the next two decades, years marked by the seasons of raising and harvesting food and tobacco and by the gatherings of family and friends for conversation, storytelling, and music.

Richly evocative images are interlaced with stories of the people of Sodom Laurel and with Amberg's own candid journals, which reveal his gradually growing understanding of this world he entered as a stranger. The book also includes a CD featuring Dellie Norton, Doug Wallin, and other singers of traditional Appalachian music. Through words, photographs, oral histories, and songs, Sodom Laurel Album tells the moving story of a once-isolated community on the brink of change, the people who live there, and the music that binds them together.

Sodom Laurel Album is the companion publication to a traveling exhibition that will open at the Asheville Art Museum in November 2002.

This project received support from the North Carolina Arts Council, an agency funded by the State of North Carolina and the National Endowment for the Arts.

Published in association with the Center for Documentary Studies, A Lyndhurst Book