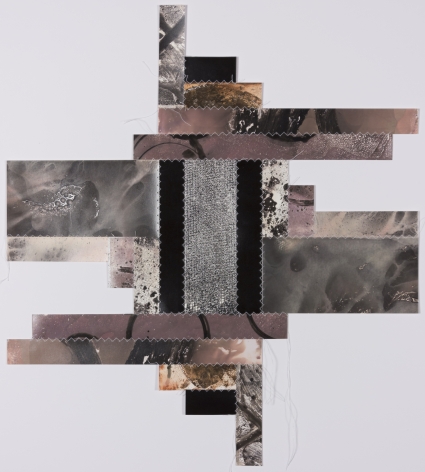 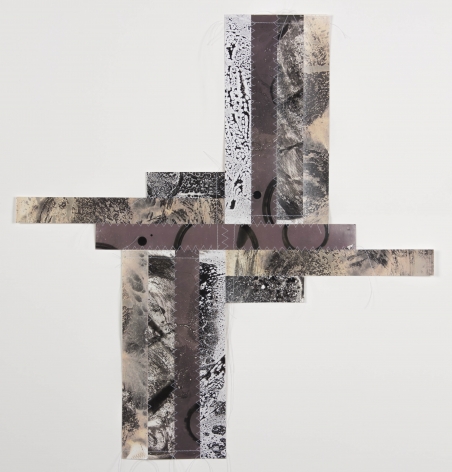 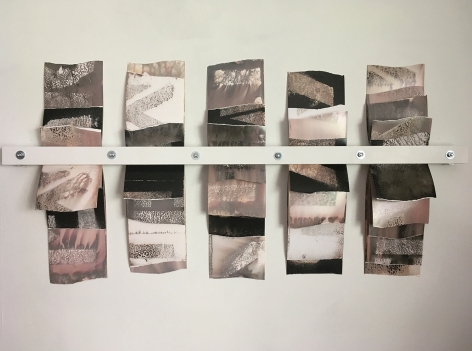 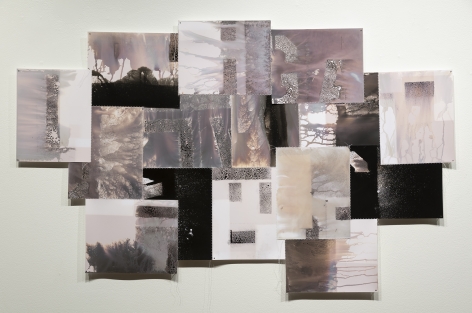 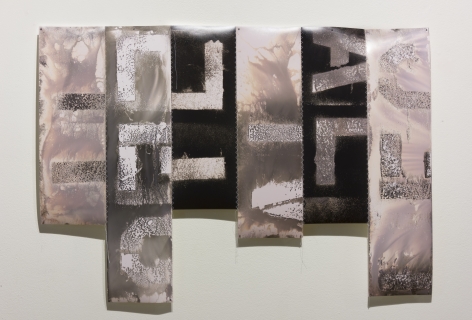 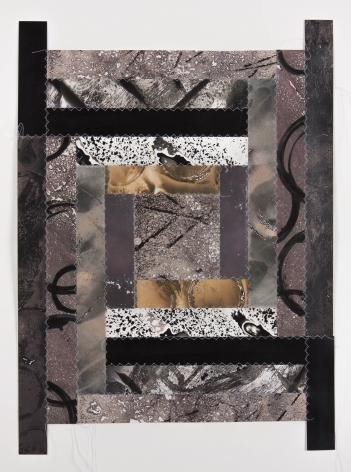 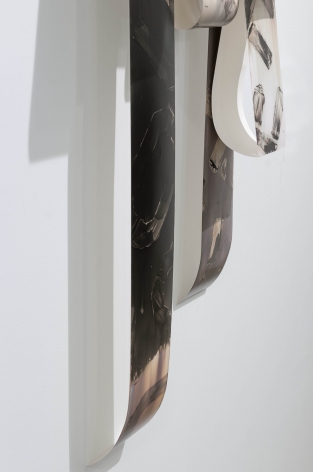 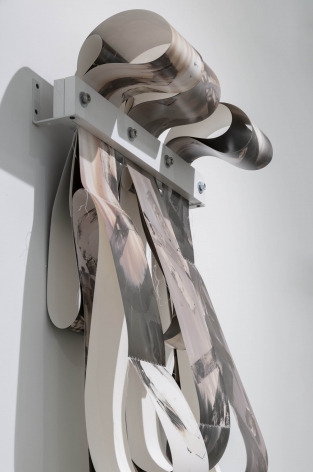 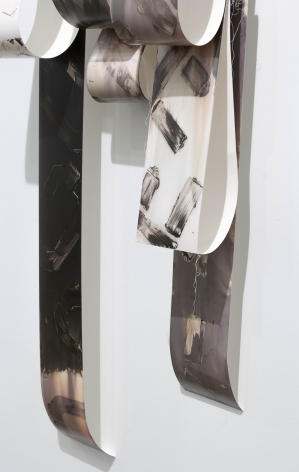 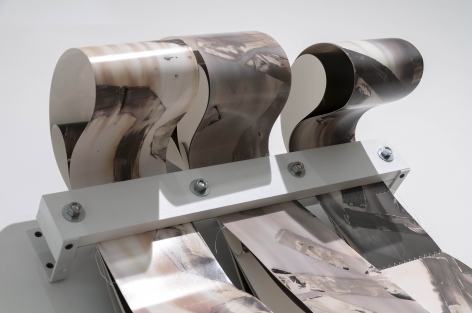 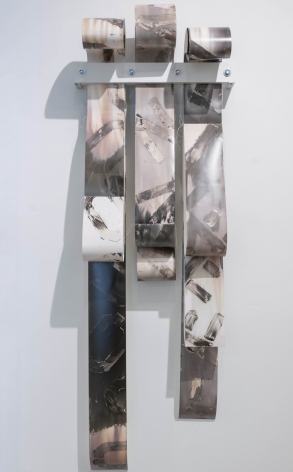 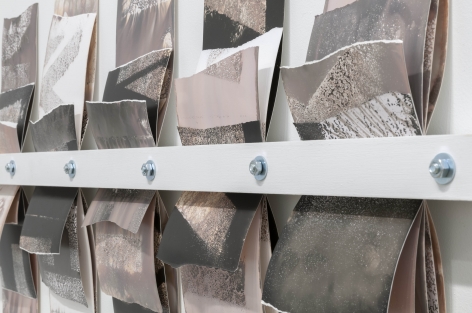 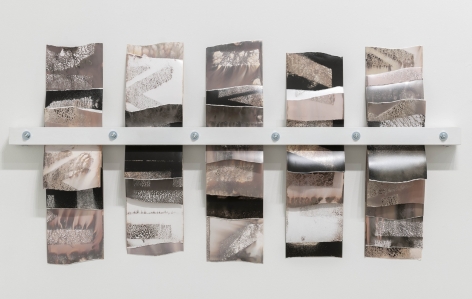 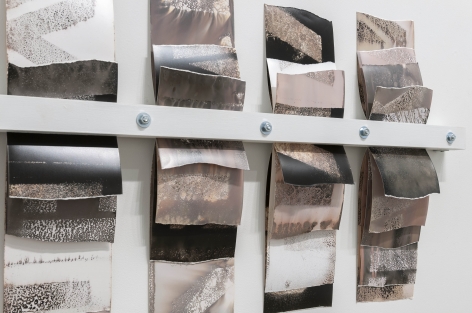 Tracey Morgan Gallery is pleased to present Bridget Conn: Language Acquisition, an exhibition of new and recent sewn chemigrams. The exhibition will be in the project gallery in conjunction with works by fellow gallery artist Rachel Meginnes.

Although trained in traditional darkroom practices, Bridget Conn turned away from the camera, film, lens and looked to an experimental format called the chemigram. Like the photogram, a chemigram is a cameraless image made by painting standard photo chemicals onto silver gelatin paper.

Language Acquisition, consists of work from several sub-series: Pattern-Speak, Mantra, and Vague Word, all which center on language, mark-making, and patterns. “Language Acquisitions is based in gesture, in mark-making that resembles language. The idea of making marks to which people ask ‘what language is that?’ Has always been deeply satisfying, as though I were creating my own secret form of communication.” In her wall pieces, Conn shifts into stencils, creating words that she then physically deconstructs to discuss the ambiguity of terms that are often viewed as indisputable in meaning. The pieces also incorporate thread, sometimes using strips or whole pieces of chemigrams along with a sewing machinate create new pattern-based compositions. “I’m really interested in the relationship between the two — how at one time, a sewing machine was seen as an automated, technologically-advanced way to make clothes, but time has turned it back into something unique and handmade. The same can be said for light-sensitive photo paper — a commercially-made photograph had long been a gelatin silver print, but now it’s seen as a unique art-based object.” Many of the pieces are made on photographic roll paper, which Conn uses to create 3-Dimensional installations, employing photo paper as a sculptural material.

Bridget Conn earned her BFA in Photography from Tulane University in 2000, and her MFA from the University of Georgia in 2003, focusing on Photography, Mixed Media and installation. She is currently the Assistant Professor of Art at Georgia Southern University in Savannah. In 2012, she founded the Asheville Darkroom, a non-profit photographic educational center, where she served as Executive Director and primary instructor. Her work has been exhibited both nationally and internationally. She has been featured in Lenscratch, Lightleaked, The Hand Magazine, Exposure Magazine, Focal Plane Magazine, and Rich Community: An Anthology of Appalachian Photography by Saplin Grove Press.